Responsible Research & Innovation (RRI) is a concept that has gained visibility and importance in the recent years, and involves the participation of multiple actors (researchers, citizens, policy makers, business, third sector organisations, etc. ) in the research and innovation process, enabling easier access to scientific results, the take up of gender and ethics in the research and innovation content and process, and formal and informal science education.

With the aim of introducing this concept to the research community at ICMAB, and in collaboration with the Marie-Curie Initial Training Network (ITN) i-Switch, this workshop gather several experts from the field that will provide us with some insights on how to deal with some of the aspects included in RRI, from ethics and gender aspects in research to integrity and scientific misconduct. There will be also two practical workshops focusing on the promotion of RRI and the available methods to implement it.

‘Gender perspectives in research: current trends and ways of improvement and facing the future of the EU’s FP9’

Prof. Stefano Ossicini
(University of Modena, Italy):
‘Integrity, misconduct and the structure of the scientific research’

Practical workshops (limited seats, registration needed):
- Workshop I: ‘Is it necessary to rethink the way R&I is performed’
- Workshop II: ‘Methodologies to open the research process‘


iSWITCH Marie-Curie Initial Training Network
With the support of:

Prof. Pilar Goya (Instituto de Química Médica, IQM-CSIC):
Doctor in Chemistry by the Complutense University in Madrid (UCM), from 2001 Prof. Goya is Research Professor at CSIC. She was Director of the Medicinal Chemistry Institute of CSIC (IQM) for 5 years, and also responsible of the Department of International Relations of CSIC. Evaluator of research proposals under the V and VI framework programme, she is author of more than 150 publications, co-inventor of a dozen of international patents and has directed more than 10 doctoral theses.  She has been vice-president of the Spanish Royal Society of Chemistry (RSEQ) and is currently the president of the Spanish Society for Therapeutic Chemistry (SEQT). Recently, she has been elected president of EuCHeMS (European Association for Chemical and Molecular Sciences).

Prof. Miguel García Guerrero (Presidente del Comité de Ética, CSIC):
Doctor in Biological Chemistry and full professor of Biology and Molecular Biology, Prof. Guerrero has been linked to research activities since 195, with more than 100 publications and several patents. He has played several institutional roles at CSIC, as director of the General Foundation or Vicepresident of Organization and Institutional Relations; and from July 2012 he is the president of the CSIC Ethics Committee, which is in charge of reflecting, emitting reports and formulate recommendations about the ethical principles related to research activities. Prof. Guerrero has delivered numerous lectures related to ethics in sicentific publications and in research projects, with a particular focus on European projects under FP7 and H2020.

Prof. Britta Thomsen (Copenhagen Business School, Denmark):
Britta Thomsen is at present adjunct professor at Copenhagen Business School (CBS) in The Department of Digitalization.Owner of Britta Thomsen Consulting, she was member of the European Parliament from 2004-2014, and a full member during the whole term of the Committee on Women's Rights and Gender Equality. From 2004 until 2007, Prof. Thomsen was full member of the committee of Industry and Research including vice-chair from 2004-2007. She is also collaborating with the European Institute for Gender Equality in Vilnius. Prof. Thomsen has delivered numerous talks and presentations in the field of gender issues and gender aspects in research.

Professor in Physical Chemistry at the University of Oldenburg (Germany), Katharina has published more than 100 articles which have received 2500 citations. She studied chemistry at the University of Göttingen and then got her PhD at the Swiss Federal Institute of Technology in Zurich (Switzerland). After that she carried out postdocs at Oxford and Rurh Universities before being promoted in 1999 to Professor at the University of Oldenburg. Her research interest are in the fields of surface and interface science, (photo)catalysis and nanophotonics. Katharina has earned several distinctions and awards, including the Order of Merit of the State of Germany,  the Radcliffe fellowship from Harvard University (USA) or Elected member of the National Academy of Science Leopoldina. She is also very proactive in the field of scientific misconduct, having published several articles and contributions (Scientists (of the World) Behave!: Angew. Chem. Int. Ed., 2013, doi: 10.1002/anie.201306690); she is also a member of the Investigation committee for artistic and academic misconduct at her University.
https://www.uni-oldenburg.de/en/chemistry/physical-chemistry-al-shamery/team/prof-dr-katharina-al-shamery/ 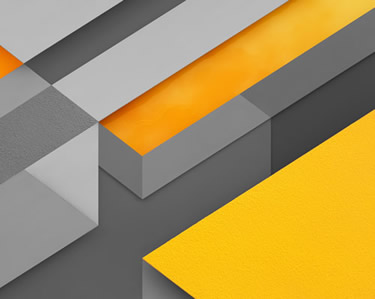 This Workshop is free to attend but early registration is necessary. Preference will be given to PhD students and young researchers. The afternoon workshops are practical sessions, and therefore there is a number of limited spaces available for each workshop. Please follow this link in order to register for the event:

FUNMAT acknowledges financial support from the Spanish Ministry of Economy, Industry and Competitiveness, through the “Severo Ochoa” Programme for Centres of Excellence in R&D (SEV- 2015-0496)

iSWITCH has received funding from the European Union’s Horizon 2020 research and innovation programme under the Marie Sklodowska-Curie grant agreement No. 642196.